Below are some images of walls I have come to
know and love (mostly!) 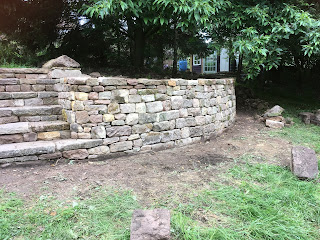 Steps and a curve! 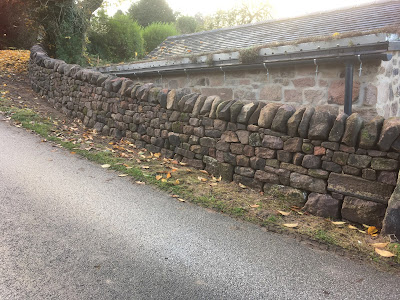 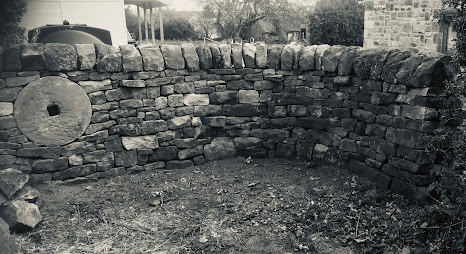 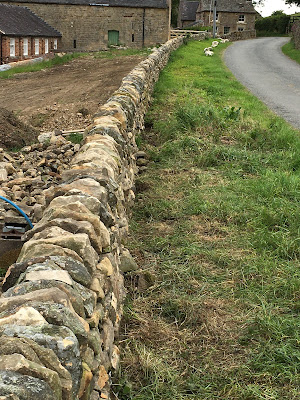 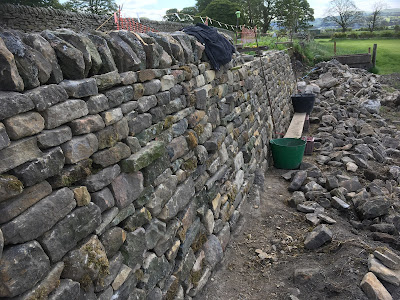 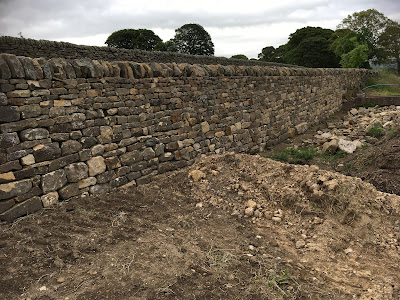 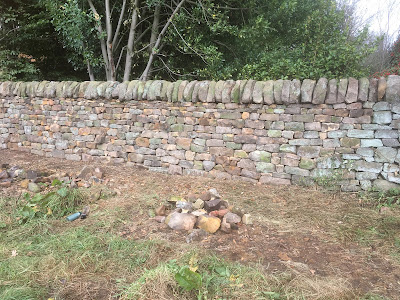 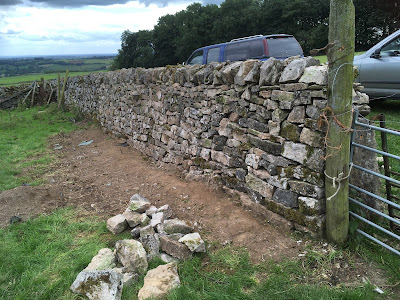 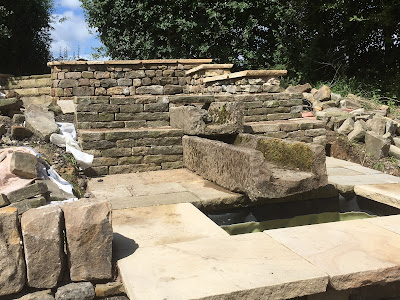 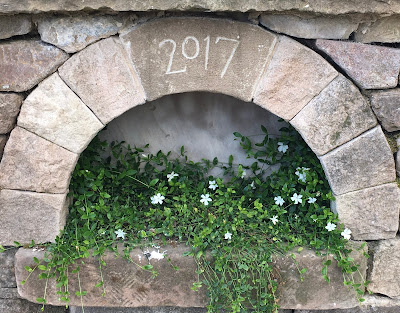 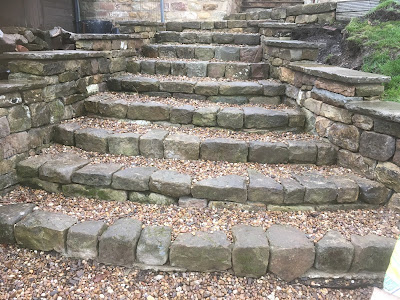 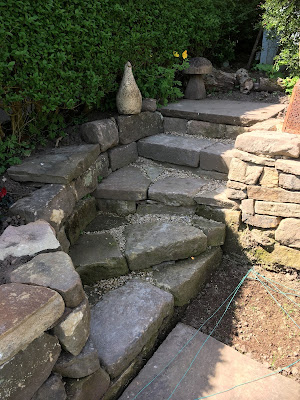 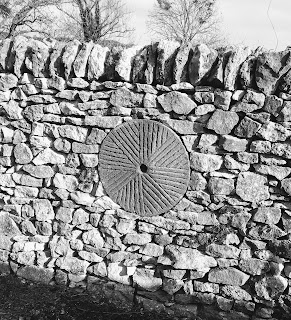 As with many walls in Buxton, the road side is beautifully coursed gritstone and the house side, random limestone. With this wall it was leaning heavily over onto the drive as can be seen below... 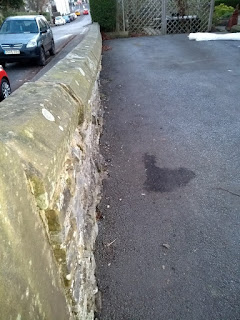 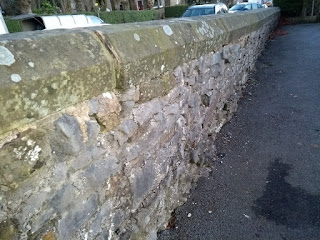 We dismantled the entire wall removing large amounts of mortar and rebuilt but replacing the limestone with sandstone. 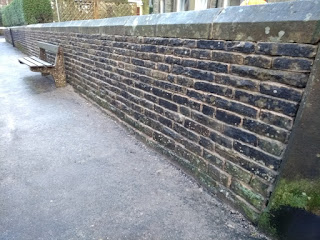 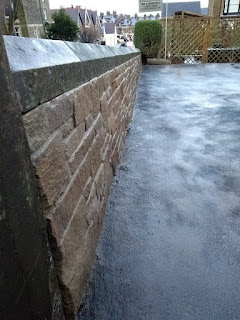 Challenging environments:
November/December 2017
A rebuild of a garden wall on a steep garden next to the River Derwent


Summer 2017 - 70m of Domestic Walling with features in Ford 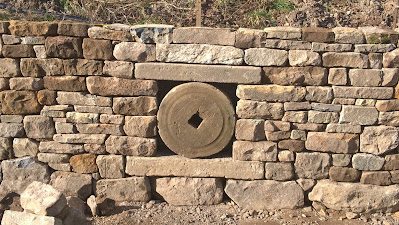 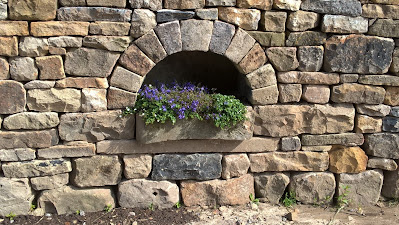 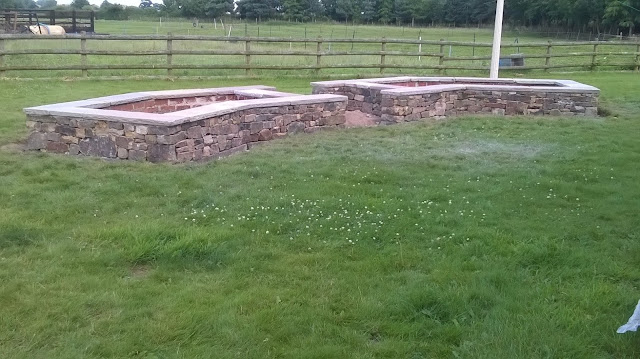 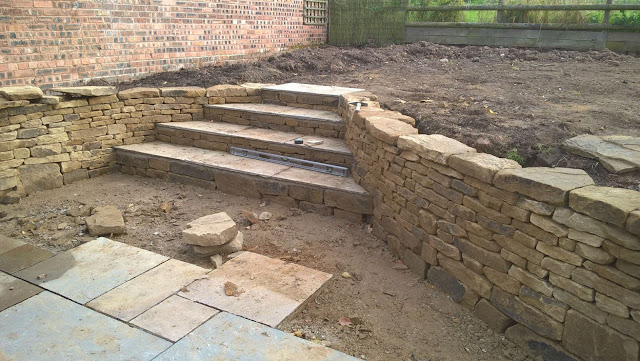 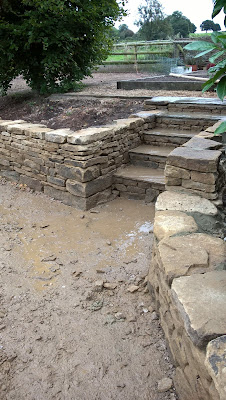 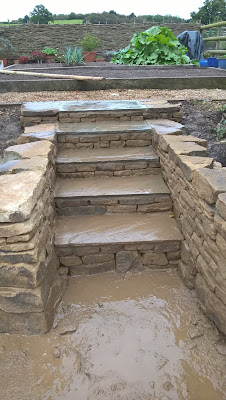 Rebuild of a lovely driveway wall, a delight to build with fantastic coursed local stone. 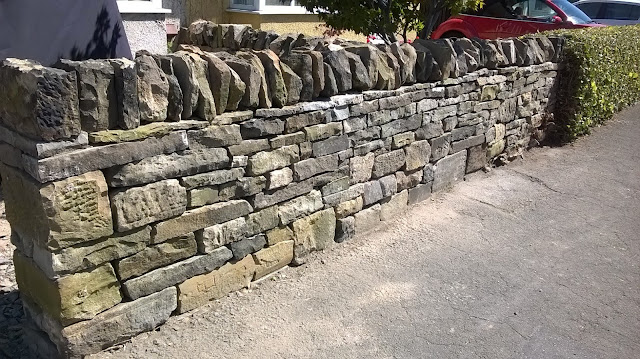 and with builder's mate acting as lookout! 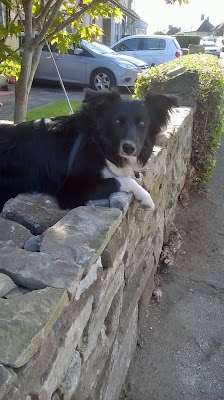 AFTER - Repaired by Waller following tradition!


Trevor and I were asked to rebuild and complete a beautiful curved wall of around 40m in length. Built with sandstone with a small gateway at the lower end. 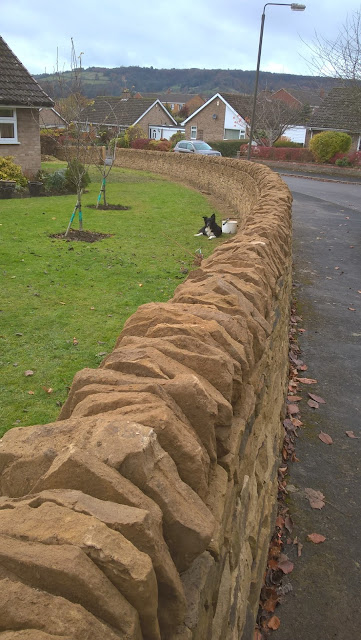 Spring 2016
Limestone field wall in Brassington
Despite the rain and mud I really enjoyed rebuilding this limestone wall at an entrance into a field. The stone was like a dolomitic limestone, very gnarly and bobbly with huge boulders but into the top half of the wall. Needless to say, once down they stayed down and became footers...where they should have been!

Recent projects up to December 2015

Curved garden wall (sandstone) Kirk Ireton
Using enormous stone as footings (at least they won't move!) I built this lovely curved wall which is currently awaiting a decision on copes possibly flat or possibly the traditional half rounds. The grass is slightly yellow as we used boards on the grass to protect it from the several tonnes of stone sitting on it for a week or so! 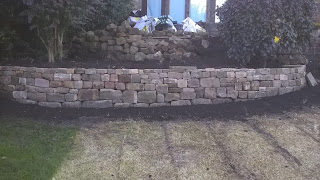 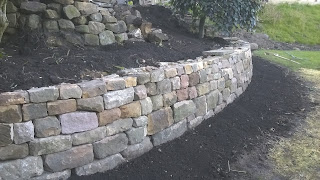 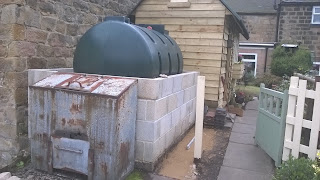 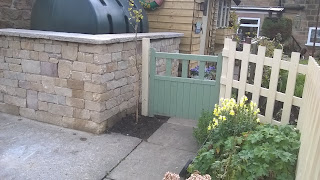 November 2014 - First wall ever built
Hooray! finished next section of wall. Now the owner of the final stretch has asked me to complete his bit too! So by the end it'll be completely rebuilt.